How did the son of a wealthy cloth merchant, with a taste for a high-spirited lifestyle and a solider end up a Saint?
The path that St Francis had originally been on led to an extravagant lifestyle and than to a military career, but even than his heart was beginning to change and to look at everything with a new set of eyes. Giving all he had to a poor man, is part oh his story and than praying in a church, hearing a voice saying "....repair my house...." choosing than to forgo all wealth and his family, Francis wondered the hills worked in a monastery for a time. After many trials he and his followers known as the Friars Minor, were given the little chapel of St Mary's by the Benedictine Order in Assisi. With his example and the example of his fellow monks, women also denounced wealth and embraced poverty Clare, and than her sister Agnes were the first to be accepted into the order of the Second Franciscan Order of Poor Ladies. Eventually with the order growing and expanding the simple rules of the order needed to be revised. This transition of simple, familiar, and unceremonious ways to a 12 Rule edict which stressed obedience, chastity and especially poverty. This new rule was not an easy change nor one that appeared overnight, Francis stuck with it to see that his order was not swallowed up or dissolved. 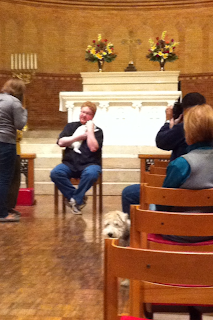 Christmastide was a favorite feast for Francis and toward the end of his life he encouraged the emperor to make a special law that men would provide for the birds of the air and the beasts as well as the poor, so that all may rejoice in the Lord's birth.
Francis died in his beloved Porziuncola,the chapel where his vocation was revealed to him.
To all St Francis showed humility and an all-embracing sympathy.

From playboy to solider to Saint, from a frivolous life to one that embraced all of creation.

the Prayer of St Francis of Assisi


O Divine Master, grant that I may not so much seek
to be consoled as to console;
to be understood as to understand;
to be loved as to love.
For it is in giving that we receive;
it is in pardoning that we are pardoned;
and it is in dying that we are born to eternal life. Amen 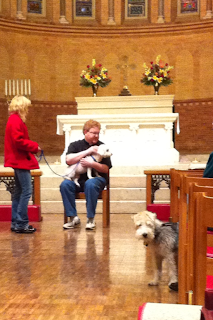